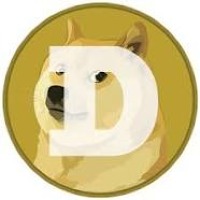 This article is discussing what were the reasons that caused FreeDoge.co.in to shut down

Before discussing that history - what do you offer?

Our sites are faucet sites providing you the chance to win up to $300 every hour by simply rolling numbers. Every participant is guaranteed to win something and if you don’t want to wait 1 hour for the next spin you could use the “Free Rolls” feature which would allow you to spin again without waiting for the clock to expire.

We also provide promo codes in our Twitter channel, which would allow you to spin again without waiting for the clock to expire. These promo codes can be used in any of our sites. A list of all of our sites can be found in the bottom of the page.

In order to register you only need to enter your email and your password, we are not asking for any other information so everything is straightforward. We try to keep things simple and we love keeping things simple.

Now, if you are looking back in time you might (or not) have heard of FreeDoge.co.in - this site pretty much offered what we offer, but it had to shut down and close. Why won’t we dive a little bit further into it and see what happened?

FreeDoge.co.in - Its History and why it was shut down

One of the very first faucets that established itself in 2013 was FreeBitco.in and later on its owners decided to create a sister website called FreeDoge.co.in.

Whilst FreeBitco.in is still as of today a very successful website, the other site FreeDoge.co.in was shut down and if you register/login into it you would see the following message showing in the site:

Please note they did mention “As of today” but there is no date specified but if you search on the web you can find out this occurred around August 2019.

Why did FreeDoge.co.in shut down?

Well, basically they claim they had to deal with a large amount of fraud that made the owners decide it is no longer worth operating the site. They still keep the site itself active allowing members to withdraw coins they have left in the site (which is a nice thing to do), but there is very limited information about the closure of that site and this is where we want to share some information with you.

We feel FreeDoge.co.in failed because of the following reasons:

What is our belief in regards to that?

We believe a good faucet should stay alive, and without any good reason - it shouldn’t close, if the users like it and its owners can monetize it then why not keep it as a good resource for the public? If the owners win and the users win - then why stop the win-win trend?

Likewise, the issue of fraud is a major concern, especially for faucets - which is why applying manual withdrawals on suspicious activity could be a solution. Whilst indeed this is taking some time and efforts - it is worth doing so because the good users and the owners in the long run would always benefit from such activities.

The team who built FreeDoge.co.in has already put many efforts into the site, and whilst their decision can be understood - in the end of the day they caused many users who brought dozens of referrals to stay empty handed - these users would not be able to keep on benefiting from all the referrals they brought into the site - in another words, those mega-referrers who convinced so many users to join FreeDoge.co.in were left empty handed, without even getting a compensation for this.

Faucet sites must provide their user base some basic assurances if they want them to stay with them in the long run. Similarly, we’ve discussed the importance of using free bitcoin wallets in the linked article, in order to learn how to save and use the right products - and the right product is the key for a long term success.

With our faucets we believe we should aim for the long run, that means that we might get issues from time to time, things are not always going to be perfect, but at least we would be able to say we’ve done our best to keep our fan base happy with our products and we’re here with a clear goal to stay and expand. The last thing we want to do is to shut down our sites, so that is why we applied different approaches to our faucets.

Secondly, we definitely apply a security system on withdrawals so any suspicious activity can be reviewed and will be processed manually. We have to do it in order to not only protect ourselves but also protect the good users who refer a lot of people to us.

Thirdly, we are not a non-profit organization, but we definitely love giving away to our users, thus asking us for donations or any other similar requests are simply going to be ignored, because this is not the purpose of our sites. You are free to donate what you earn from our site to whoever you like though.

Lastly, we believe what FreeDoge.co.in did have in mind was a great plan - it is a great business model to offer what they did offer - their mistake was giving up on it instead of trying to revive that business model - but this is why we’ve established our sites - as we believe this win-win situation can make a lot of people happy, and this is our main goal - to keep and have as many happy users as possible. 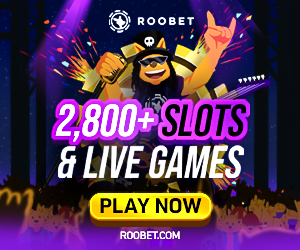